Do crypto investors understand the risk spectrum of alternatives? 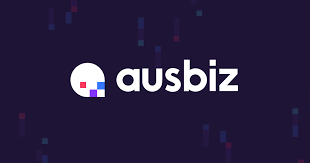 As seen on AusBiz TV

·       At the other end of the alternative investment spectrum, private debt backed by real estate assets provides reliable yields and capital preservation.

AltX chat to AusBiz on understanding the risk of Crypto

Regulatory uncertainty - are you uncomfortable with this

In the early 1600s, tulip fever swept across Holland. At one point, a single bulb could be worth more than a mansion on Amsterdam’s grand canal. Everyone appeared to be making a fortune, and everyone agreed the price could only ever go up. Until, inevitably, the bubble burst.

Just under four centuries later, four million Australians say they’re planning to invest in digital currencies in the next 12 months. [1] And one in four Australians believe that cryptocurrencies are a ‘good alternative to having an investment property’.

But the volatile nature of crypto valuations puts them at the opposite end of the spectrum to investment properties. In just one recent example, investors in the fake Squid token lost everything after the value spiked more than 310,000% in November 2021. It was then revealed to be an apparent scam.

“They were victims of a scam; however this does raise serious questions about whether investors know what they are getting into with the rush to invest in crypto,” says AltX co-founder and CEO Nick Raphaely.

AltX is an alternative investment platform for sophisticated investors. Its platform focuses on generating stable returns through secured first mortgages with bricks and mortar as underlying security.

“There is a whole universe of alternative investments out there, many enabled by new technology and platforms like ours. But the fundamentals of investing haven’t changed,” observed Raphaely. “Understand your goals and time horizon, and do the due diligence on risk and return.”

Are you investing – or gambling?

As highly speculative assets, cryptocurrencies may seem to play a growth role in an investment portfolio. But it is very difficult to ‘pick’ a solid bet. And while Bitcoin has been referred to as a safe haven asset – potentially a replacement for gold as a hedge against political or economic uncertainty – its performance is not as predictable as traditional safe haven assets.

A JP Morgan Asset Management analysis found the current generation of cryptocurrencies, including Bitcoin, are unlikely to ever be used widely as a traditional payment replacement.[2] As a store of value or a medium of exchange, they are just too volatile – and don’t correlate to traditional market movements. Suggestions of regulation, along with China’s recent crackdown on Bitcoin mining, saw hundreds of billions wiped from the crypto market in November.

Given ethical investments are now a priority – accounting for 40% of Australia’s professionally managed capital[3] – the environmental, social and governance (ESG) risks of crypto also cannot be ignored. Bitcoin’s annual energy consumption is nearly equal to Sweden’s[4], due to the significant computing power required to mine the digital currency. And the very nature of the encryption of digital currencies makes them difficult to trace – and ideal for tax evasion or payments in the underground economy.

On the plus side, cryptocurrencies are liquid – the rise of retail trading platforms makes it relatively easy to get in and out of holdings.

“I do note with some caution that the rise of online trading apps legitimises inherently speculative investments like crypto, and unwary retail investors are being convinced by their social media feeds,” says Raphaely.

If history repeats itself, he believes it’s possibly only a matter of time before the bubble bursts.

Do you want greater certainty of returns?

With housing affordability at an all-time low in Australia, it’s not surprising millennials make up a significant proportion of investors who view crypto assets as an alternative to buying property. Or at the very least, a way to super-charge their home deposit.

“It’s hard to diversify direct property investments when a single asset has such a high entry cost,” Raphaely says. “But there are other ways to benefit from Australia’s property boom, and that’s by being the bank – lending to property investors and developers, through direct deals or private debt funds.”

AltX products are designed to generate returns of around 4%-8% on first mortgage-backed property investments over a fixed period – typically six to 24 months. For some investors seeking consistent returns in a low interest economy, this makes it a stable alternative to traditional fixed income.

“Our investors tell us they like knowing their investment is backed by a tangible property asset they can see – they know where it is, how it’s valued, and that they rank in priority in an event of default.”

AltX has a 10-year track record of zero capital losses, and this gives its investors’ confidence in preserving their capital.

“If you asked most investors to summarise their investment aims, it would probably come down to two goals: a steady and reliable rate of return, with low risk to their principal,” says Raphaely.

Private real estate debt sits in this more conservative end of the alternative spectrum – and cryptocurrencies arguably at the other extreme. And before leaping into the next big thing in crypto, investors would do well to consider what they’re really trying to achieve – and who’s behind the deal.

Because if there’s one universal truth of investing over the centuries, it’s this: if it looks too good to be true, it probably is.

AltX (www.altx.com.au) is a market-leading alternative investment platform. Founded in 2012 and headquartered in Sydney, AltX provides bespoke access to alternative income-generating products which have traditionally been inaccessible to individual investors.  AltX has funded more than $2bn of transactions since inception with zero loss of investor capital.

BizNews editor Alec Hogg chats to AltX Co-Founder Nick Raphaely and unpacks the AltX story, and how AltX is now attracting South African investors who are attracted to the security of Australian bricks and mortar.

Giamol Pason, Head of Property Risk at AltX and one of Australia’s most experienced property valuers explains the key to accurate property risk assessment including understanding both property market cycles and people.

Property’s time in the sun: what investors need to know

After the real estate market’s unanticipated pandemic surge, property trends are being shaped by the post-COVID lifestyle expectations of Australians. So where will the next wave of property investment opportunities come from? We asked Bernard Salt

2022 Private Real Estate Debt Outlook looks at the primary motivations and concerns that Wholesale Investors are facing today. With market volatility, sophisticated investors are looking for greater certainty – and higher returns than banks can currently offer.

Do crypto investors understand the risk spectrum of alternatives?

A growing number of Australian investors see cryptocurrencies as a good alternative to investing in property – but these assets have very different risk and return profiles. Watch the interview with AusBiz TV.

We hear from all sides of the AltX brand – from a very simple investment concept and humble beginnings ten years ago, we chat to investors, founders and team members, hear their unique perspective on what has helped to shape AltX as a very unique and successful business today. 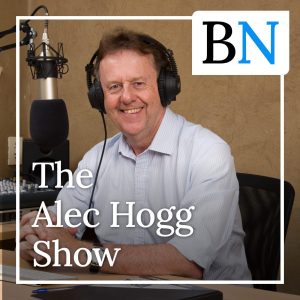 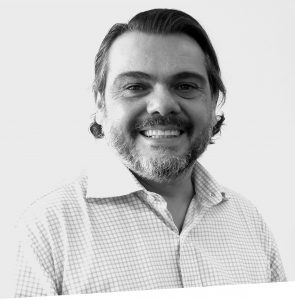 Property’s time in the sun: what investors need to know