Traditional property valuation metrics and sales performance no longer provide an accurate prediction of property sales prices in many parts of Australia, says a leading panel of experts at a recent AltX webinar.

When property prices leave even the most seasoned real estate professionals shaking their heads in disbelief, you know you need to pay attention to what’s going on. On Friday, 27 August we got together some of the country’s leading valuation and property experts for a webinar discussion about the Australian property market to find out what’s happening around the country – and where we go from here.

“The prices that were being achieved in the middle of 2020 are just not relevant in the current climate,” says Matigan. “We did a valuation in Manly recently. The house next door sold for $4.1 million in May or June 2020, so we put our thinking was around $4 million on the property which was similar. It sold for $6.3 million! We see this across the eastern seaboard in Sydney and even once we go to the middle and the outer rings.”

When asked about the Victorian market, Wridgway sees similar scenarios.

“Dollar per square metre rates have been thrown out the door. From September 2020 to now, some places across the peninsula have experienced an average of probably 30% to 40% growth. And in some of those key assets, those generational properties on the cliff top… some of those have grown 50% to 60%.”

Current market conditions are thanks to a unique combination of events. Low-interest rates, a lack of supply, and a newfound appreciation for more space have sent prices surging across most markets around the country – with no signs of slowing down. Even the latest lockdowns haven’t been able to put the brakes on the market.

“Prices are even higher than before we went into lockdown,” says Rubinstein. “It’s just gotten more bullish and more aggressive because of low-interest rates and lack of supply. I’ve never seen the market so tight in terms of options for people to purchase. A lot of people now are putting a lot more value on having and wanting space, so with a lack of lifestyle assets – something with a view or close to the beach where you can really improve your lifestyle – the numbers people are paying are insane.”

Ellis says this new focus on lifestyle has completely changed the market.

“If you’d asked me 20 years ago where you should invest, I never would have said go to the outer areas and have a look at what you can buy. [I would have suggested] buy something in a city that’s smaller at the same price point and you get better capital growth. But I’m not sure that applies anymore.”

And the heat is not limited to residential markets – it seems to be extending to retail as well, according to Ellis.

“We recently assessed a retail property with eight tenants.  They had fallen somewhat behind on their rent. The asset was in a secondary location with a historic building on it – and it sold on a 3% yield for $12 million! If you look at the strength of the tenant and a 3% yield, it just defies logic. But people still have the confidence to invest. There’s a lot of money out there.”

It’s not just the Sydney and Melbourne metro areas that are affected. Bowman says the Queensland market has seen new growth thanks to the influx of people from states south of its border.

“In 2020, 30,000 people came north over the border. Growth had been quite moderate in last five years, but the last 18 months [has been different]. We just sold a property 18 months ago, a very entry-level house in New Farm. It had traded for $1.1 million then and it just traded, just with a house DA plans, for $1.8 million.”

“A coastal lifestyle has become extremely important. There’s been a significant uplift in some coastal towns [as well]. We’ve seen those lifestyle properties really kick up in value.”

In fact, this focus on lifestyle and space has led the regional market to grow by 25% year on year – with room to grow.

US and Europe trends suggest buyers are prepared to look through the fog of lockdowns, keeping markets well supported. And with the prospect of more expats coming home, along with skilled migrants returning, residential markets are likely to keep growing well into next year.

“There are people buying properties, getting ready to come back next year,” shares Matigan. “I think that in the middle of next year there’s going to be a decent influx of people coming through and those people that come over will go to Sydney and Melbourne. [At the same time], people will cash out of Sydney and Melbourne, and they’ll probably continue to move more north into the Queensland market. So I think there’ll be a bit more pressure on pricing as the market continues next year.”

Even so, Matigan recommends treading with caution.

“Go forward with caution. We’re certainly hitting those record prices, but we’ve seen the market when it has gone backwards the other way and you don’t want to be hanging your hat on one sale out there that just sold!” 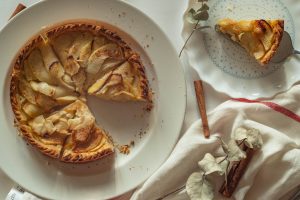 How insto-sized investments open the door to diversification 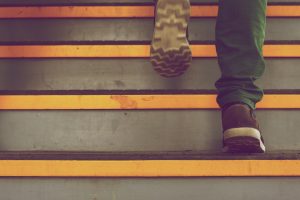 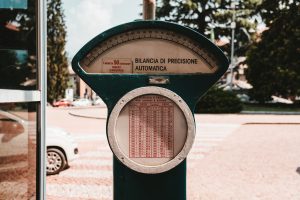 Education: Weighing up the risks of private real estate debt

AltX Pty Ltd (ACN: 618 796 115, AR no: 1270087), is an authorised representative of AltX Funds Management Pty Ltd (ACN: 113 502 604, AFSL no: 291314). The information on this website has been prepared for accredited wholesale clients only who are interested in learning about the different products they can access via AltX. This information is factual information only. Any displays of potential investments are for example purposes only, and may not actually be available to investors. It does not take into account any of your personal objectives, circumstances or needs and does not constitute financial advice. Choosing an investment is an important decision and, before making any investment decision, you should consider obtaining financial advice, always read the disclosure documents and understand the risks. Past performance is not an indicator of future performance. Expected or forecasted returns may not reflect actual performance.

AltX Pty Ltd is not a bank and is not regulated by the
Australian Prudential Regulation Authority, and investing in AltX products is not the same as depositing money in a term
deposit offered by a bank.